You are here: Home / News / Debian News / My Debian LTS report for September

Thanks to the sponsorship of multiple companies, I have been paid to work 11 hours on Debian LTS this month. 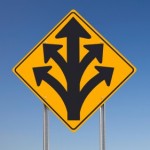 I started by doing lots of triage in the security tracker (if you want to help, instructions are here) because I noticed that the dla-needed.txt list (which contains the list of packages that must be taken care of via an LTS security update) was missing quite a few packages that had open vulnerabilities in oldstable.

In the end, I pushed 23 commits to the security tracker. I won’t list the details each time but for once, it’s interesting to let you know the kind of things that this work entailed:

And when I say “I reviewed” it’s a simplification for this kind of process:

CVE triaging is often almost half the work in the general process: once you know that you are affected and that you have a patch, the process to release an update is relatively straightforward (sometimes there’s still work to do to backport the patch).

Once I was over that first pass of triaging, I had already spent more than the 11 hours paid but I still took care of preparing the security update for python-django. Thorsten Alteholz had started the work but got stuck in the process of backporting the patches. Since I’m co-maintainer of the package, I took over and finished the work to release it as DLA-65-1.