You are here: Home / Archives for dpkg-deb 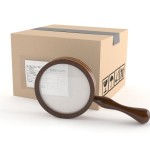 In the last years, I have seen many people try to use dpkg --build to create Debian packages. Indeed, if you look up dpkg’s and dpkg-deb‘s manual pages, this option seems to be what you have to use:

And indeed, dpkg-deb is what ultimately creates the .deb files (aka binary packages). But it’s a low-level tool that you should not call yourself. If you want to properly package a new software, you should rather create a Debian source package that will transform upstream source code into policy-compliant binary packages.

Creating a source package also involves preparing a directory tree (but with a “debian” sub-directory), it’s probably more complicated than calling dpkg -b on a manually crafted directory. But the result is much more versatile: the tools used bring value by dynamically analyzing/modifying the files within your package (for example, the dependencies on C libraries that your package needs are automatically inserted).

If this is news to you, you might want to check out the New Maintainers’ Guide and the Debian Policy.