You are here: Home / Archives for GR

The discussion about Debian rolling started sooner than expected on debian-devel (see the thread here). I initially wanted to iron out the biggest problems through discussions on my blog and try to submit a somewhat polished proposal… instead we ended up discussing the same things both on -devel and on my blog.

That said it’s not that bad (except for the time I lost to have similar conversations in both places) because the debian-devel discussions included members of the release team and it looks like they are not fundamentally opposed to the idea.

Despite this, the introduction of a “frozen” suite branched off from “testing/rolling” is not really consensual (yet?). But the idea of officially supporting testing on a best-effort basis appears to have almost no opposition.

While some will undoubtedly believe that this is a useless exercise, I believe it would help if the project stated this in a somewhat official manner. My answer to the question in the title is thus: 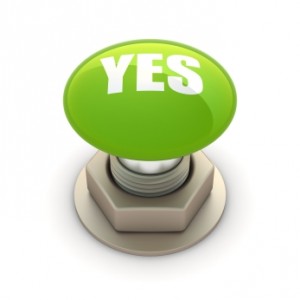 I am thus considering to submit a general resolution to that effect. My current draft is below.

Title: Debian endorses usage of testing by end-users, and renames it to rolling

The Debian project recognizes that the Debian testing distribution—initially created to make it easier to prepare and test the next stable release—has become a useful product of its own. It satisfies the needs of users who are looking for the latest stable versions of software and who can cope (or even appreciate) a system that’s constantly evolving.

The Debian project decides to endorse this usage and will strive to provide a good experience to users of “testing”. To better communicate this policy change to our users, “testing” will be renamed “rolling”.

While we believe that this is a good move, we would like to remind our users that Debian is a volunteer project and that our resources are not infinite. Package maintainers are contributing to Debian on a best-effort basis. This means that they might not be able to properly support their package(s) in all distributions. In that case, the project recommends that maintainers apply the following priorities:

Note that this general resolution could have amendments with s/rolling/current/ and that would solve the bikeshedding over the name that started several times already.

I also did not go into too much details on the implications that it might have, it’s best to leave that up to each contributor/team/etc.

I hesitated to add a paragraph stating that we want to try to gradually improve the usability of testing but in the end I think it would be somewhat redundant. We’re always trying to do our best when we decide to take on something.

All comments welcome (even if you just agree and would be willing to second such a GR).

Update: I will tweak the draft included in this article when I get good suggestions. Thanks to Lucas Nussbaum for the first one.