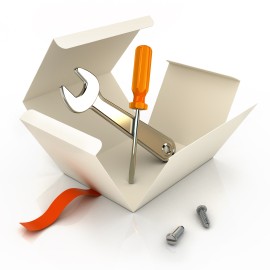 As I announced on debian-devel, Guillem Jover uploaded a snapshot of dpkg’s multiarch branch to experimental (version 1.16.2~wipmultiarch). Beware: There will
likely be some small “interface” changes between this version and the version that will be released later in unstable (possibly in the output of dpkg --get-selections, dpkg --list, maybe other commands).

multiarch allows you to install packages from different architectures on the same machine. This can be useful if your computer can run programs from 2 architectures (eg. x86 CPU supporting i386 and amd64), or if you often need to cross-compile software and thus need the libraries of your target architecture.

If you want to test multiarch support in dpkg, install the package from experimental (apt-get install dpkg/experimental assuming you have experimental in your sources.list).

From there on you can install packages from the “foreign” architectures with “apt-get install foo:<arch>“. Many packages will not be installable because some of their dependencies have not yet been updated to work with in a multiarch world (libraries must be installed in a multiarch-compliant path so as to be co-installable, and then marked “Multi-Arch: same“). Other dependencies might need to be marked “Multi-Arch: foreign“. See wiki.debian.org/Multiarch/Implementation for more HOWTO-like explanations.

Now is a good time to see if you can install the foreign packages that you could need in such a setup and to help to convert the required libraries.

You can also read Cyril Brulebois’ article which quickly shows how to hunt for the problematic packages which have not been converted to multiarch (in his sample, “ucf” is not ready. Since it’s an “Architecture: all” package which can run on any architecture, it means that it’s lacking a “Multi-Arch: foreign” field).

If you discover any bug in dpkg’s multiarch implementation, please report it to the Bug Tracking System (against “dpkg” with the version “1.16.2~wipmultiarch”).

If you notice important libraries or packages which are not yet multiarch ready, please open wishlist bug reports requesting the conversion and point the maintainers towards the wiki page linked above. Even better, prepare patches and submit those with your bug reports.

Again, you can follow the lead of Cyril Brulebois who filed 6 bugs!

If you’re a C programmer and have some good knowledge of dpkg (or are willing to learn more of it), we would certainly benefit from more eyes reviewing the multiarch branch. If you want to discuss some design issues of the multiarch implementation in dpkg (or have questions related to your review), please get in touch via debian-dpkg@lists.debian.org.

If you followed the instructions above, the relevant branches are thus guillem/pu/multiarch/master and buxy/pu/multiarch/full. Both branches are regularly rebased on top of master where Guillem merges progressively the commits from the multi-arch branch as his review progresses.

Thank you in advance for your help bringing multiarch in shape for Debian Wheezy,