You are here: Home / Archives for News / Debian News

It looks like the desktop team has selected the artwork (including wallpaper and GDM theme) for the upcoming Debian 6.0 release.

The winner of the small contest is SpaceFun by Valessio Brito. Included below is the splash screen, click here to see all the pictures. 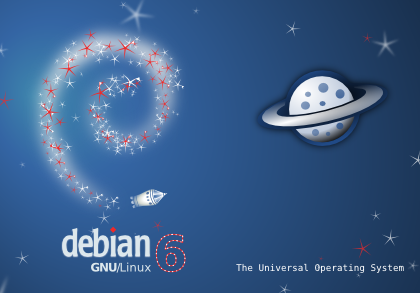 The other options in the poll were Nightly, Ciel and Lisp Machine. Thanks to the artists who participated in this contest!

But the work is not over yet: while the artwork has been selected, it still needs to be integrated in the system. If you feel like helping by creating a theme for a display manager (GDM/KDM/SLIM) or for the Grub boot loader, please drop a mail to debian-desktop@lists.debian.org (subscribe here). 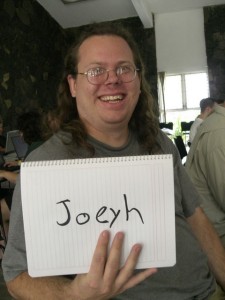 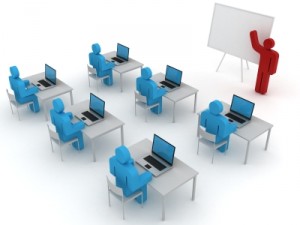 I’m attending the mini-Debconf Paris and I just gave a talk about the latest improvement of dpkg-dev—the package providing the basic tools used to build Debian packages. Latest is a bit stretched since it embraces the last 2-3 years of development.

My talk covered the following topics:

The slides are relatively verbose so that you can understand them even if you did not attend the talk. Click here to get the slides.

This section points to various articles that cover more extensively some of the features mentioned in my talk. 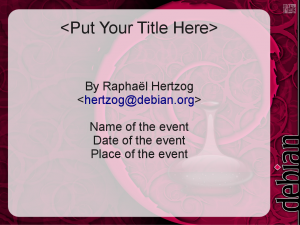 While preparing for the upcoming mini-debconf Paris, I noticed that we don’t have any good presentation template for OpenOffice.org Impress. I spent a few hours browsing Debian presentations put online by many speakers and was unable to find one that would suit me.

This situation was clearly unacceptable and I decided to spend a few hours to fix this. I selected a very nice wallpaper created by Alexis Younes, used The Gimp to add a translucent white box so that the text can still be read, and combined all this in a OpenOffice.org Impress template.

Click here to download the template. You can also get the Gimp XCF file for the background image.

By the way, the same wallpaper has been used by Sam Hocevar to create nice-looking Debian business cards.

PS: I contacted Alexis Younes by mail and he agreed to put the wallpapers under GPL-2+. It has been clarified on his webpage.