You are here: Home / Documentation / How Ubuntu builds up on Debian 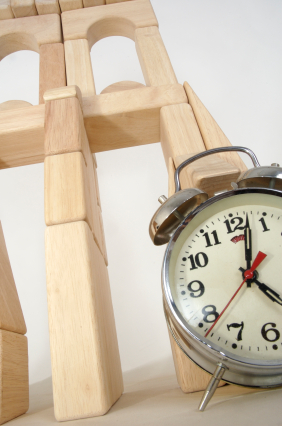 I have been asked how Ubuntu relates to Debian, and how packages flow from one to the other. So here’s my attempt at clarifying the whole picture.

Where do the packages come from?

Most packages are created by Debian contributors and they are uploaded in Debian unstable (or Debian experimental). New packages are reviewed by the Debian ftpmasters before being accepted in the official archive. The packages are held in the NEW queue until the review is over, and the time spent there varies between a few hours and a few months (usually they are processed within one week or two).

Ubuntu imports all the official Debian packages, but they also add some packages of their own. About 7% of the Ubuntu packages are third-party software that have been packaged for Ubuntu but not for Debian.

What are the changes made by Ubuntu?

From all the source packages coming from Debian, 17% have additional changes made by Ubuntu. Many of them are part of the “main” repository, which is actively maintained by Canonical and Ubuntu core developers. The “universe” repository is usually closer to the official Debian packages.

Many of the changes made by Ubuntu are the results of the decisions taken during the Ubuntu Developer Summit in order to reach specific goals: provide a better user interface, offer faster boot times, become a better platform for third-party software developers, offer a good integration with their online services (Launchpad, Ubuntu One), etc. Other changes are simply the result of fixing bugs reported by Ubuntu users.

Note that even non-modified source packages will result in different binary packages for Ubuntu. That’s because Ubuntu has made changes to the build environment. They only support Intel-based computers with a 686-class (or newer) CPU, they enable some compiler options that Debian doesn’t, etc. And all binary packages are modified by a program called pkgbinarymangler.

Ubuntu’s release cycle and the relation with Debian

Ubuntu releases every 6 months (that’s what time based releases is about). Debian has a very different schedule. How does Ubuntu manage to reuse Debian’s work?

Ubuntu imports packages from Debian unstable (even experimental sometimes) to get the newest packages. If the Ubuntu package already has Ubuntu-specific changes, they merge their changes in the updated Debian package. Otherwise the Debian package is simply grabbed and rebuilt in Ubuntu. This works well because Debian unstable is much more usable than the name suggests. And this process only goes on during the first 2 months of the cycle (until the Debian Import Freeze), so there’s plenty of time afterward to fix the biggest problems.

In the third and fourth month, it’s still possible to pick updated packages from Debian but it must be requested by a developer, it won’t be done automatically. At the end of the fourth month, the feature freeze is put in place.

The 2 months left are dedicated to bug fixing and polishing the distribution. There are various sub-freezes that happen in this period, you can check the Natty release schedule as an example. Picking updated packages from Debian is now the exception, it will only be allowed if the update on the Debian side is a bug-fix only release.

Credits: some figures taken from a talk of Lucas Nussbaum, they were collected based on the packages available in the Lucid Lynx release of Ubuntu.

Click here to subscribe to my newsletter and get my monthly update on what’s going on in Debian and Ubuntu.