You are here: Home / Documentation / Debian Cleanup Tip #2: Get rid of obsolete packages 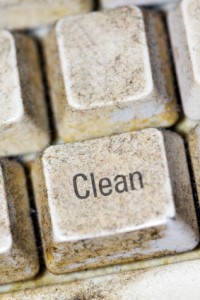 In any case, it’s never a good idea to keep obsolete packages around: they do not benefit from security updates and they might cause problems during upgrades if they depend on other packages that should be removed to complete the upgrade.

You could blindly remove them with aptitude purge ~o (or aptitude purge ?obsolete) but you might want to first verify what those package are. There might be some packages that you have manually installed, that are not part of any current APT repository, and that you want to keep around nevertheless (I have skype, dropbox and a few personal packages for example). You can get the list with aptitude search ?obsolete…

With the graphical package manager (Synaptic), you can find the list of obsolete packages by clicking on the “Status” button and selecting “Installed (local or obsolete)”. You can then go through the list and decide for each package whether you want to keep it or not. 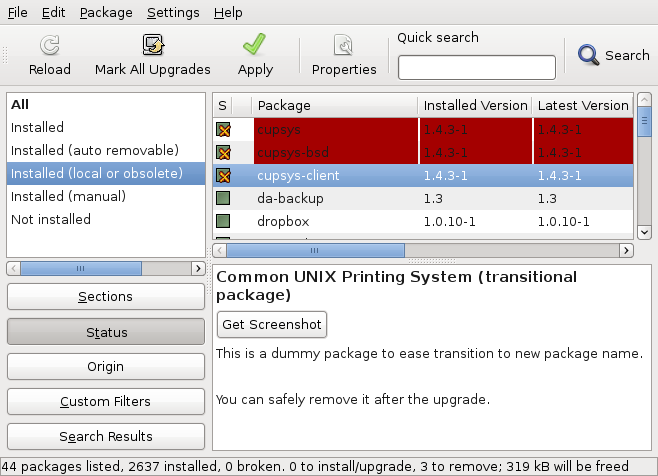