This is my monthly summary of my Debian related activities. If you’re among the people who made a donation to support my work (144.3 €, thanks everybody!), then you can learn how I spent your money. Otherwise it’s just an interesting status update on my various projects.

While taking care of the last details for the hardening feature in dpkg 1.16.1, I have mailed debian-devel to find volunteers to handle a hardening release goal. The objective is to ensure a large number of packages have been converted/rebuilt to actually use the new hardening build flags.

Then I prepared the draft of the announce of the dpkg 1.16.1 upload (aka Bits of dpkg maintainers sent to debian-devel-announce) which got expanded by Guillem to also cover new features since dpkg 1.15.7.

update-alternatives got some refactoring by Guillem which resulted in a regression that has been fortunately discovered by Sven Joachim. I fixed that regression and did some further cleanup inspired by the root cause of this regression (see top 4 commits here).

Note that Sven is one of the few persons who are running the git version of dpkg. Hopefully the number of tester will increase since I recently documented the APT repositories with autobuilt versions of dpkg in the wiki.

At the end of the month, I started working on a bugfix release (what’s going to be 1.16.1.1) by fixing some of the unavoidable problems discovered after an upload that accumulated more than 4 months worth of work (see top 4 commits here).

I spent countless hours finalizing the launch of the crowdfunding campaign for the Debian Administrator’s Handbook and it went live on September 27th.

So far it’s on good track with more than 63% of the base funding already secured. But we still have a long way to go to reach the liberation goal (we’re at 21%). It’s still worth nothing that more than 55% of the money raised has been put in the liberation fund so there are many persons who care about getting the book freed. 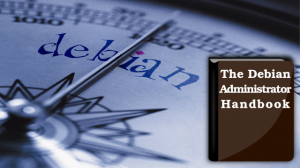 Did you order your copy? If not, click here and fix this! 😉 By the way Paypal used to be required but it’s no longer the case, you can support the project just with your usual credit card.

Over time, I have written many useful articles for Debian users and Debian contributors. But scattered in the history, they are somewhat difficult to find. To fix this I have created some index pages listing them. Check them out:

Two new articles joined those pages this month: How to triage bugs in the Debian Bug Tracking System and Understand dpkg and don’t get stuck with a maintainer script failure.

While writing the first article, I noticed we lacked a good page showing the most buggy packages so I quickly created it (with the help of UDD): http://qa.debian.org/cgi-bin/bugs-by-source

I did a small update to the developer’s reference. Luca Falavigna submitted a patch to clarify how one is supposed to deal with meta-packages (cf #569219), I improved it and integrated the result in the SVN repository.

I upgraded nautilus-dropbox to version 0.6.9 and while doing this I discovered a bug in mergechanges (filed as #640782). I uploaded a new release of quilt mainly to add the Multi-Arch: foreign field so that it can satisfy dependencies of foreign packages (i.e. packages of a different architecture).

Django released some security advisories (tracked in #641405) and since the maintainer did not deal with the issue, I stepped up to the task (I’m a backup maintainer) and released the fixed version 1.3.1 to unstable. I took the opportunity to switch from python-support to dh_python2, and do some misc improvements to the packaging (see changelog).

I wanted to update publican to a newer version but it turned out to be not possible because Debian doesn’t have the latest version of docbook-xsl yet. I also discovered some bugs in the test suite and forwarded upstream the patch I created (see upstream bug). On top of this, fop was failing due to some java problem related to the introduction of multiarch. After having reported the bug, the java maintainers quickly released a fixed version.

So now publican is ready in the git repository but it’s waiting on the docbook-xsl update. I got in touch with the maintainer who said he would have the time to take care of it by mid-october.

We just announced the launch of the fundraising campaign for the Debian Administrator’s Handbook.

We wanted to use this opportunity to let people contribute money both to our project but also to Debian itself. That’s why we have setup a special link that you can use to participate. 15% of any donation made through this link (after VAT has been subtracted) will be given back to the Debian Project.

Feel free to use this link when promoting the project to your friends, so that even more money goes back to Debian.

You can also embed a special widget on your website where any visitor that ends up becoming a supporter will also contribute 15% to the Debian project.

Help us spread the word about the project, and help raise money for Debian! 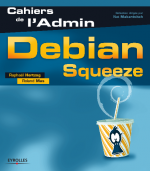 A bit more than a year elapsed since we announced our plans to translate our Debian book into English and to try to get it published under a license compatible with the Debian Free Software Guidelines. But we’re now ready to go to the next step.

Completing the translation of 450 pages book is a huge work, we estimate it’s going to take roughly 3 full time months for both Roland and me. Since we’re freelancers, we can take the required time provided that we have a minimum income during that period. That’s where you come into play: we have setup a crowdfunding campaign on Ulule.com and we need your support to raise €15000 (this is the absolute minimum for us to be able to commit the required time).

Even if a good and up-to-date book on Debian is a great perspective, we want to go further than that by adding the perspective of getting a DFSG-free Debian book. That’s why we have transformed the crowfunding campaign in a liberation campaign. When you support the project, you can pledge money towards a liberation fund… and if this fund reaches €25000 then the book will be published under the GPL-2+ and CC-BY-SA 3.0 licenses.

On top of this, when you support this project you can select a reward that goes from a copy of the ebook to a dinner with the authors (only 10 places for the latter)! Among the other rewards, there’s obviously a paperback version of the book, but also an individual one-hour mentoring session with me… a nice way to get you hooked as a new Debian contributor (limited to 40 persons, don’t miss the opportunity!).

Wait no longer, click here and pledge some money to bring this reference book to Debian and the rest of the world.

We also need your help to spread the news and get as many supporters as possible. Share the link with your friends, write an article on your blog, put a widget on your website, etc. Thank you very much!

Click here to go to the fundraising page and to learn more about this project.