You are here: Home / Archives for Distro Tracker

This is my monthly summary of my free software related activities. If you’re among the people who made a donation to support my work (168.17 €, thanks everybody!), then you can learn how I spent your money. Otherwise it’s just an interesting status update on my various projects.

After having put in place the infrastructure to allow companies to contribute financially to Debian LTS, I spent quite some time to draft the announce of the launch of Debian LTS (on a suggestion of Moritz Mühlenhoff who pointed out to me that there was no such announce yet).

I’m pretty happy about the result because we managed to mention a commercial offer without generating any pushback from the community. The offer is (in my necessarily biased opinion) clearly in the interest of Debian but still the money doesn’t go to Debian so we took extra precautions. When I got in touch with the press officers, I included the Debian leader in the discussion and his feedback has been very helpful to improve the announce. He also officially “acked” the press release to give some confidence to the press officers that they were doing the right thing.

Lucas also pushed me to seek public review of the draft press release, which I did. The discussion was constructive and the draft got further improved.

The news got widely relayed, but on the flip side, the part with the call for help got almost no attention from the press. Even Linux Weekly News skipped it!

On the Freexian side, we just crossed 10% of a full-time position (funded by 6 companies) and we are in contact with a few other companies in discussion. But we’re far from our goal yet so we will have to actively reach out to more companies. Do you know companies who are still running Debian 6 servers ? If yes, please send me the details (name + url + contact info if possible) to deblts@freexian.com so that I can get in touch and invite them to contribute to the project.

In the continuation of the Debian France game, I continued to work together with Joseph Herlant and Christophe Siraut on multiple improvements to distro tracker in order to prepare for its deployment on tracker.debian.org (which I just announced \o/).

Since the Debian France game was over, I shipped the rewards. 5 books have been shipped to:

I orphaned sql-ledger and made a last upload to change the maintainer to Debian QA (with a new upstream version).

After having been annoyed a few times by dch breaking my name in the changelog, I filed #750855 which got quickly fixed.

I filed #751771 when I discovered an incorrect dependency on ruby-uglifier (while doing packaging work for Kali Linux).

I tested newer versions of ruby-libv8 on armel/armhf on request of the upstream author. I had reported him those build failures (github ticket here).

Maybe do you remember, last year I mentored a Google Summer of code whose aim was to replace our well known Package Tracking System with something more modern, usable by derivatives and more easily hackable. The result of this project is a new Django-based software called Distro Tracker. 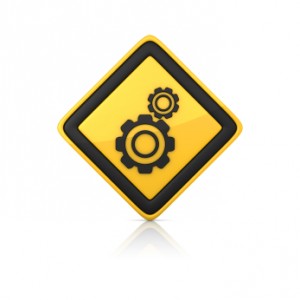 With the help of the Debian System Administrators, it’s now setup on tracker.debian.org!

This service is also managed by the Debian QA team, it’s deployed in /srv/tracker.debian.org/ (on ticharich.debian.org, a VM) if you want to verify something on the live installation. It runs under the “qa” user (so members of the “qa-core” group can administer it).

That said you can reproduce the setup on your workstation quite easily, just by checking out the git repository and applying this change:

Speaking of contributing, the documentation includes a “Contributing” section to get you up and running, ready to do your first contribution!

There are many small things that need to be fixed/improved, if you know Python/Django and would like to start contributing to Debian, here’s your chance! 🙂