You are here: Home / Archives for Stats

On Sunday I gave a talk about Debian LTS during the Mini-DebConf in Lyon. Obviously I presented the project and the way it’s organized, but I also took the opportunity to compute some statistics.

You can watch the presentation (thanks to the video team!) or have a look at the slides to learn more.

Here are some extracts of the statistics I collected: 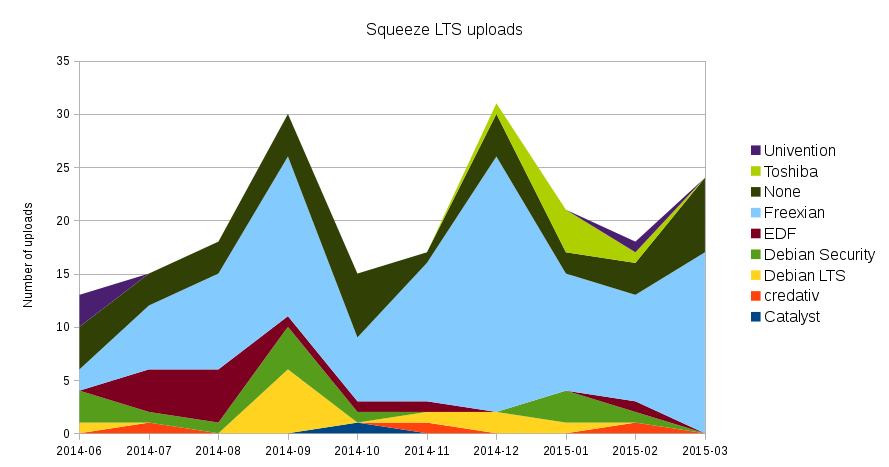 Top 12 contributors (in number of uploads):

The talk also contains explanations about the current funding setup. Hopefully this clears things up for people who were still wondering how the LTS project is working.

My goal with the “3.0 (quilt)” source format has always been to standardize the patch management in Debian source packages. This message seems to have been well understood. dbs and dpatch have been deprecated by their respective maintainers.

I made numerous efforts to make this source format useful in as many use cases as possible (but some improvements are still possible) and I have added hints to encourage maintainers to switch. Thanks to this, the adoption rate of this new source format has been very good and it’s now the most widely used source package format in Debian—only two years after its introduction in Debian unstable. 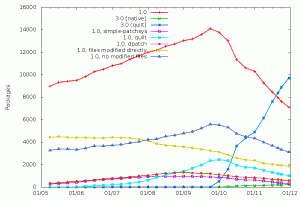 (Click on the picture to see it full size) 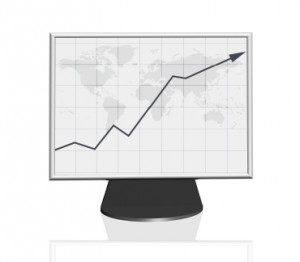 I launched raphaelhertzog.com this summer (taking over the English content of my former multi-lingual blog), when I decided that I would be more serious about blogging on Debian/Ubuntu related topics. On September, I decided to write 2 articles per week and up to now I managed to keep the schedule.

Two of my articles were published by Linux Weekly News, those are much more researched than the average blog article (they are tagged with [LWN] in the list below).

The most popular articles

Most people read my blog through the RSS feed which happens to be syndicated on Planet Debian and Planet Ubuntu. According to the feedburner’s statistics, the top-5 articles are:

But I also have occasional readers visiting my blog because my articles are announced on Identi.ca, Twitter and Facebook (and they circulate on social networks, thanks to those who are sharing them!). The top-5 articles according to the statistics of my website are:

Since I am using Flattr on my blog, it can be interesting to see the articles which generated lots of flattr micro-donations. The top-3 articles are my articles about Flattr (1, 2, 3). Excluding articles related to Flattr, the top-5 is:

Most articles get 2 to 3 flattr clicks.

I usually get 4-5 comments on most articles but some generate much more feedback:

Here are my conclusions based on the above figures:

If you also appreciate the above-linked articles, you should click here to subscribe to my email newsletter.